For the one-hundredth edition of TWIRL, it looks like we have just one launch ahead, a Falcon 9 from SpaceX. Luckily, we did get a lot of launches last week where we now have footage available to watch through, so be sure to check the recap section. 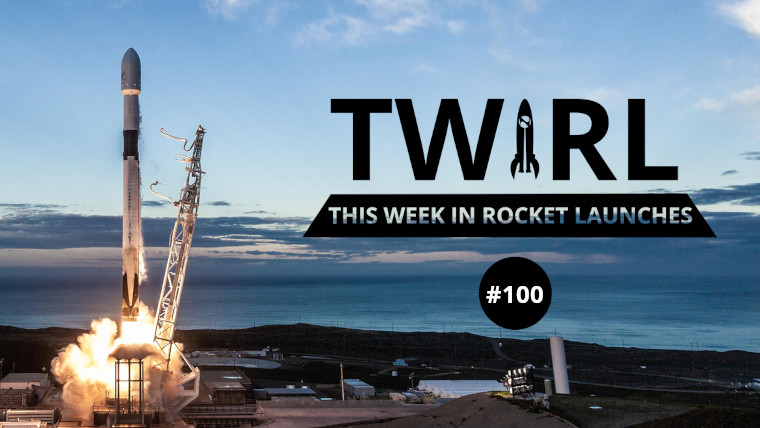 On Wednesday, SpaceX will launch a Falcon 9 rocket carrying the GPS III-6 satellite for the United States Air Force. The satellite is also named Amelia Earhart, after the first female pilot to fly solo across the Atlantic Ocean and later disappeared somewhere over the Pacific Ocean. With the new satellite, GPS users around the world will benefit from improved positioning, navigation, and timing services. The launch is due at noon UTC from Cape Canaveral.

The first launch we got last week was the Ceres-1 rocket carrying five satellites. It’s a rocket developed by the private Chinese firm Galactic Energy. It launched from the Jiuquan Satellite Launch Center and delivered the satellites to low Earth orbit.

Next, we got Virgin Orbit’s Start Me Up mission which launched from the UK. The Cosmic Girl aircraft released the LauncherOne rocket mid-flight. The mission was ultimately a failure after the rocket came crashing to Earth.

Next up, a Falcon 9 carried 40 OneWeb satellites to orbit from Cape Canaveral where they will be used to beam internet back to Earth.

Later in the week, a Long March 2C took off from Xichang Satellite Launch Center carrying the APStar-6E satellite which will provide telecommunication services in Southeast Asia.

Also blasting off from China was a Long March 2D carrying Yaogan-37 and Shiyan-22A/B from the Jiuquan Satellite Launch Center. They are both remote sensing satellites that will perform various tasks including space environment monitoring, urban planning, smog detection and more.

That’s all for this week, check back next time!