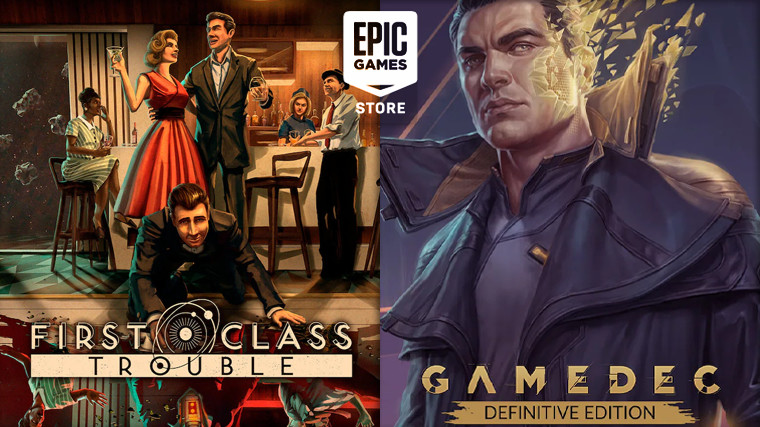 First Class Trouble is a social deduction game, putting two groups of players against each other to find out who is trustworthy and who is not. The title takes place in a space cruise ship where an AI network has gone rogue. The humans must cooperate to take out the AI while the human-looking robot imposters must stop them.

Here’s how the developer Invisible Walls describes the setting:

First Class Trouble is a party game where players must work together and against each other to survive a disaster. The goal is to shut down a deadly A.I. of a luxury space cruise ship. Some players are impostors, secretly playing as human-looking killer robots intent on betraying the other players.

Up next is Gamedec, an isometric perspective RPG where you take the role of a game detective that resolves crimes made inside virtual worlds. Featuring zero combat, this cyberpunk experience has you solving crimes using your wits as the game adapts to your choices.

The developer Anshar Studios describes its game like this:

Virtual worlds give rise to problems of the human nature: lust, sloth, envy, and pride. The residents of these virtual game-worlds need specialists – Gamedecs – Private Investigators with experience in those worlds who work to discover the secrets and explores mechanics hidden in those realities for the commission of your clients. You are one of them. You are a Gamedec.

Lastly, Divine Knockout comes in from Hi-Rez and Red Beard Games, a third-person platform fighter that released just over a month ago. The title touts fighters with godly powers, evolving maps, team-based game modes, and more. It has been free before via a Steam promotion too.

KO the gods in the world’s only 3rd-person platform fighter! Become a small-but-mighty god of myth, brawl in all three dimensions, and knock your friends off the map to reign supreme.

Divine Knockout, First Class Trouble, and Gamedec – Definitive Edition, are now free to claim from the Epic Games Store. The promotion will run until January 19, which is when a copy of Epistory – Typing Chronicles will take over the freebie slot.