Today, Trolli and Halo Infinite announced plans to debut their own deliciously dark version of the iconic Needler at this weekend’s Halo World Championship in Seattle.

Halo fans attending the 3-day event will have the opportunity to blast Trolli worms in the mouths of “enemy targets” at the Trolli booth using custom ‘Feedlers.’ The ‘Feedler’ shoots gleeful gummy worms instead of crystalline shards…a fantastical neon creation that is sure to drop jaws, which is just what the worms want. Because they want to be eaten. Those who play will have the chance to win limited edition Halo Infinite branded Trolli packages along with 2XP and Challenge Swaps for use in Halo Infinite multiplayer.

The “Feedler” is the perfect representation of the partnership between Trolli, the sour gummi brand known for shining its neon light into the gaming world, and Halo, known for its 20 years of steadfast heroism and beloved sci-fi weapon sandbox. Trolli and Halo are currently offering a collectable series of four limited-edition Halo Infinite packs, including:

Gamers and gummi fans across the country can snag these delicious Halo Infinite-themed Trolli packs at any grocery, drug, convenience, and mass retail stores for a limited time. Additionally, fans can enter for a chance to win one of five achievement-worthy Ultimate Gaming Bundles consisting of a custom Trolli Lovesac, Corsair and Elgato PC gear, an Xbox Series S console, a custom, all-new worm-themed Trolli Xbox wireless controller and, of course, delicious Trolli Halo Infinite collectable packs that make for a new, stream-ready setup for everything from Team Slayer to Oddball. Visit trolli.com/halo for more information on how to enter to win. 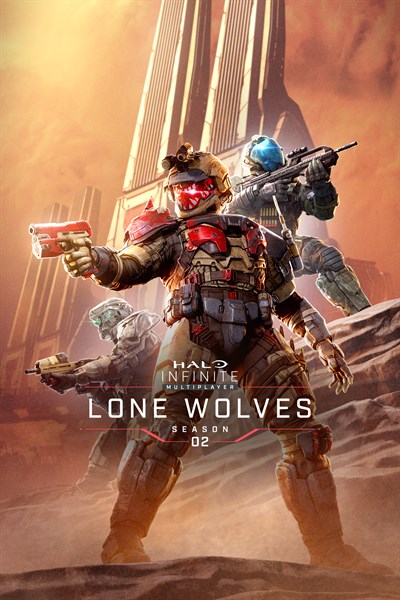 Halo returns to its roots with fair starts, on-map equipment, and 4-player squads to offer the ultimate arena-shooter experience.

Create endless combat possibilities by mixing and matching a rich variety of weapons, vehicles and equipment to experience big-team mayhem and fun that embraces the full spectrum of the Halo sandbox.

Become a Spartan that’s uniquely your own with a rich and deep player customization system. Earn and discover new cosmetic items simply by playing campaign or multiplayer. Or to obtain even more cosmetic rewards, purchase a Battle Pass that never expires and unlock new content at your own pace.

Halo Infinite provides an amazing experience across the Xbox One and newer family of consoles as well as PC with stunning 4k graphics and world-class cross-platform play. And, on Xbox Series X as well as supported PCs, enjoy enhanced features like up to 120FPS and greatly reduced load times creating seamless gameplay that usher in the next generation of gaming.*

*Up to 120FPS and 4K Ultra HD available on Xbox Series X consoles and compatible PCs only across supported maps and modes; compatible TV or monitor required.