Get ready for the November Games with Gold lineup! On Xbox One and Xbox Series X|S, prove your worth on the battlefields of Praetorians – HD Remaster and then bust up some ghosts in Dead End Job.

Xbox Live Gold members will have exclusive access to these games for a limited time as part of Games with Gold. So will Xbox Game Pass Ultimate members, who receive all the fantastic benefits of Gold plus access to hundreds of high-quality games with Xbox Game Pass.

Rome wasn’t built in a day so lucky for you that Praetorians – HD Remaster is unlocked for an entire month! Set during the era of the Roman Empire, this is a real-time strategy game with over 20 campaign missions. You can play as three different armies – the Gauls, Egyptians, and Roman Legions – across three different lands. Every army has its strengths and weaknesses for you to explore and experience as you also exploit the flaws of your enemies. Use your terrain to your advantage. Battle your way to seize victory and become the Emperor.

Seems like a lot of those ghosts from October are still hanging around in November, so it’s up to you, Hector Plasm, to strap on your vacuum pack, grab your plasma blaster, and get to work! Dead End Job channels the wild funsanity of Saturday morning cartoons, smashing together ectoplasmic gross-out gags, vibrant boo-tiful art, and slapsticky spooky comedy. It’s a procedurally generated couch co-op that you can play solo or with your Ghoul-B-Gone buddy. Do you have the inner spirit to put all of these pests to rest?

Read more about our Games with Gold program here and stay tuned to Xbox Wire for all the latest news on Xbox. Like we said before, if you’re an Xbox Game Pass Ultimate member, you get all the benefits of Xbox Live Gold, hundreds of high-quality games you can play on console, PC, and across devices from the cloud, and access to EA Play at no extra cost. New games are added all the time, so you’re never without something new to try when you’re looking to find your next favorite game. If you’re new, or if you’re an existing Xbox Live Gold and Xbox Game Pass for Console member, join or upgrade today for just $1. 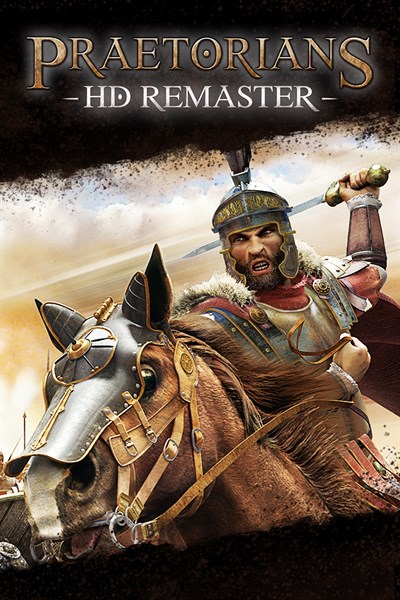 Relive the celebrated real-time strategy classic Praetorians, re-imagined in high definition. Praetorians is set amidst the political machinations of an emerging Roman Empire. Prove your worth on the battlefields of Egypt, the combat theaters of Gaul and finally the heart of the Empire itself in Italy, in the crusade to become Emperor. To emerge victorious, you’ll need to learn to combine your units and exploit the weaknesses of your enemies.

Features
• The PC strategy classic, released on consoles for the first time
• Re-imagined in high definition with reworked controls for consoles
• Three different armies, each with their own unique strengths and weaknesses: Gauls, Egyptians and the Roman Legions
• Over 20 campaign missions set in Egypt, Gaul and Italy
• Unique sets of abilities and formations for different unit types and characters
• Make use of different terrains and landscapes to plan your battles
• Fast-paced action 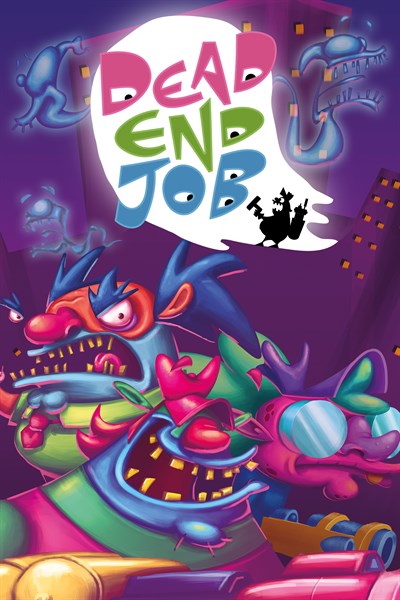 Dead End Job sends you into a madcap, whacky world to bust up ghosts. It’s a procedurally generated, couch co-op, twin-stick shooter that straps a vacuum pack to your back, and puts a plasma blaster in your hand. For you, it’s just another day in the office.

You take on the role of Hector Plasm, a worker at Ghoul-B-Gone – ‘the Number One experts in paranormal pest control’ – as you’re tasked with heading to haunted offices, restaurants, and other everyday buildings before freeing them of unwanted guests.
Have you got what it takes to be the best at putting pests to rest?

Play alone or bust ghosts with a buddy in drop in / drop out co-op that works seamlessly within the main adventure.

Do you love 90’s cartoons? Yeah, so do we, and we grew up on their stretchy squishy gross-out laughs. Our love for them spills over into the game like so much ectoplasm. See every nose hair in wacky, vibrant art that brings everyday items to life as screwball spooks to suck up.