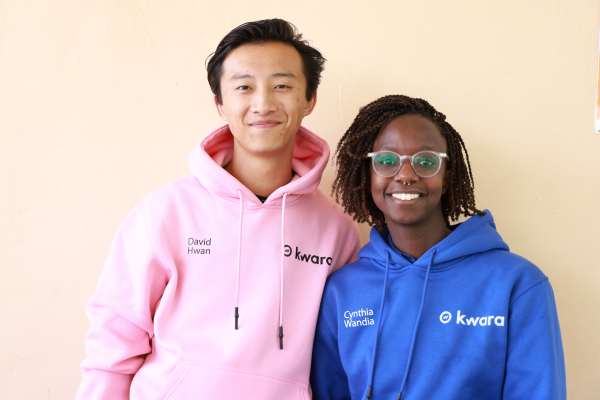 Following the Kuscco partnership, Kwara said it has gained connections to a pool of over 4,000 saccos for its banking-as-a-service offering. As part of the exclusive deal, Kwara is also set to acquire Kuscco’s subsidiary IRNET, a software company and provider for saccos, for an undisclosed amount.

Kwara says the Kuscco deal comes at the right time in its plan to double down on Kenya.

“We think we’ve barely scratched the surface in the Kenyan market. And so, we are just going to be really investing in products and services that deepen our relationship here,” Kwara co-founder and CEO, Cynthia Wandia told TechCrunch.

“The rationale (of the deal) is clear, first it is an opportunity to generate leads and distribute our core product as fast, and to deepen our competitive moat. We’re entering an exclusive partnership, which also means no other tech company will be able to market with Kuscco. They are stacking their bets on us but we have been able to prove that we can do it as we continue to grow,” said Wandia, who co-founded the fintech with David Hwan (COO) in 2019.

The seed extension round had the participation of existing investors DOB Equity, Globivest and Willard Ahdritz, the founder of Kobalt Music. New backers One Day Yes, Base Capital as well as fintech executives including Mikko Salovaara, the CFO of Revolut, also joined the round. The new funding brings the total seed amount raised by the startup to $7 million. Initial round saw participation of several investors including Breega, SoftBank Vision Fund Emerge, Finca Ventures, New General Market Partners.

Kwara, which also has a presence in South Africa and the Philippines, has grown its clientele base to 120 from 50 at the end of 2021, maintaining a 100% customer retention — a proof of the value it delivers to its clients. The automated onboarding process, the startup says, has ensured customer success and growth.

Kwara’s product upgrades the back-office operations of credit unions helping them to shift away from tedious paper-based processes and physical branches, opening up new avenues for them to sign up new members and create novel products.

The company also has a next-generation neobank app that gives members of partner credit unions access to additional services such as instant loans and third-party services such as insurance. It said the user base of the neobank app, which also allows users to deposit money directly into their sacco accounts, and track their finances and payments, has grown 35-fold since launch last year.

The fintech is planning on adding more features to cater to the saccos, and additional products for the neobank app users too.

“We continue to ship more or less enterprise grade features for the large saccos that are well capitalized, the ones who are at the same size and level as some of the banks. There are specific features they need and specific ways they need to be taken care of so we will continue investing in that,” said Wandia adding that Kwara is also investing on improving the neo-banking experience. They are set to add more features that will help members build “a personalized view of their own goals and really start working towards achieving them.” They will also sign more third party partnerships to add more value to the app users.

“We believe that every time a sacco member leaves their sacco to get another service just because the sacco doesn’t provide it is a missed opportunity for that member to actually profit from the returns of that product. All income earned on those products actually flows back to the members as dividends,” she added.

Credit unions are formed by people with a common interest or members of an industry, like farmers or teachers, who buy shares in the institution, save money and take loans. They are popular especially in developing regions due to their low-interest-rate loans and ease in accessing credit when compared to conventional banks. In Kenya, only 175 deposit-taking saccos are licensed, as a vast majority remain unregulated.