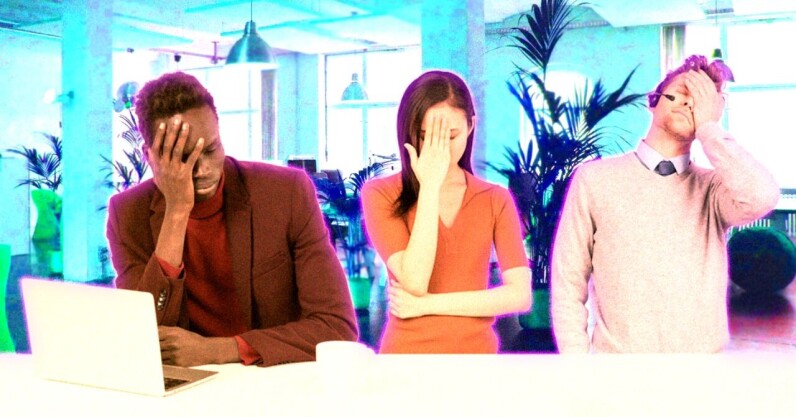 This article was originally published on .cult by Kalen McKlevey. .cult is a Berlin-based community platform for developers. We write about all things career-related, make original documentaries, and share heaps of other untold developer stories from around the world.

When we think of negotiation, we picture intense discussions that go back and forth between two parties discussing a deal over huge sums of money. One side has a price in mind and won’t budge, the other has a budget in mind and won’t budge. Either one side adapts or both parties walk away. Add in the power struggle of appearing as the “toughest person,” and you’re in for a tough time making the deal work.

While these negotiations happen, they aren’t what most of us experience in our day-to-day life. Don’t get me wrong; negotiation happens every single day. I’m merely stating that not all of them are intense battles. They don’t require a huge power struggle either.

For example, have you ever made a deal with your children so they’ll go to bed on time, or had to convince an airline customer service agent to book you on another flight after a delay?

To go even further, believe it or not, negotiation is a key part of being a software engineer too.

Here’s when negotiation skills come into the picture:

We can see through these scenarios, that developers negotiate in some way or another almost every single day. However, the interesting part is that most of us never actually learned the proper techniques or best ways to collaborate when negotiating to get better results.

It wasn’t until I recognized the importance of this skill that I decided it was learning time. So, I looked for the best books on the subject and decided on the two summarized below.

The summaries showcase a few main ideas from each book, but I recommend checking them out on your own to learn more!

Book 1: Getting to Yes: Negotiating Agreement Without Giving In

This classic handbook on negotiations has been and continues to be the main teaching guide for negotiators all across the world.

Focus on getting a win-win solution:

One main idea is finding a win-win solution so both parties walk away feeling good about the final deal.

Many times, during a negotiation, all parties involved have specific interests they care about most — discovering them is key. Once interests are known, each party can compromise in areas they care least about, allowing both parties to win in the areas they care most about.

1. Separate people from the problem

That frame makes it easier for each side to listen and understand each other’s views, allowing better communication and deal-making to occur.

2. Focus on interests rather than positions

When each party negotiates from a position, then, neither can budge easily. We don’t want to give up ground or be “wrong.” Instead of discussing it that way, determine each party’s interest and what they’re willing to let go of.

By doing so, you can find ways to accommodate each party’s interest without losing “ground.”

3. Generate a variety of options before settling on an agreement

Brainstorm ideas separately from negotiating the final decisions. By exploring ideas in a safe space, the creative juices flow freely. It also gives people an opportunity for partial solution ideas, which can later be combined when finalizing the negotiation.

Once ideas are generated, evaluate them together with a focus on those that can be completed at a low cost to you, but will be of high value to the other parties (and vice versa).

4 – Insist that the argument be based on objective criteria

By creating an objective list of criteria, ideas and agreements can be based on data instead of opinions, emotions, and positions.

When creating win-win solutions, objectivity helps us determine how we can find options to win easily!

BATNA is the less advantageous outcome you would accept during a negotiation.

This key idea lets you walk away easily from negotiations that would affect your interest in a negative way.

Overall “Getting to Yes” demonstrates that finding alternative solutions where both parties win, makes negotiation easier.

Chris Voss believes negotiation is the process of trying to convince others of your approach to a topic. It’s a communication type that requires a specific outcome and is built on the assumption that humans want to be accepted and understood.

He doesn’t think finding alternatives is always the best outcome of negotiation because you give up ground in areas you may truly care about. Additionally, he doesn’t think that negotiating should be done using reason and logic, since humans are not rational beings.

Let’s dive into some of the main points of the book.

By understanding the feelings and mindset of other parties within a negotiation, and truly hearing what’s behind their feelings through active listening, you can create more influence in conversations.

By keeping others in a positive mindset and a safe space, you can find ideas and ways that lead them towards the idea you want. Chris Voss highlights using a calm, positive, casual tone. Even in tense discussions, this tone helps reinforces and maintain a safe environment for negotiation.

Repeating what the other person is saying in a curious tone is a way to show that you’re actively listening, and keep the other side speaking.

He recommends repeating the last three words, or critical last word of what someone said, that way you build rapport by appearing like-minded in the conversation. How does this build rapport? When you mirror someone, they will likely continue talking, and by being an active listener, you build rapport.

Utilize tactical empathy, mirroring, and active listening, to label how others feel. Using statements such as “it seems like…” or “it sounds like…” you can validate your understanding and their feelings. This requires noticing expressions and tones to get a read on how the other person is truly feeling.

By labeling, you show your understanding, and you also reinforce the feelings expressed in the conversation.

If they respond with “that’s right,” that means you’re hearing them.

Use questions as a way to give “control” to the other party. By asking them calibrated questions, you get their help in solving the problem together.

Questions like the following can help you get ideas:

Chris Voss’s idea of negotiation is to use discovery by listening and building rapport, validating concerns, and creating a safety net for conversations to flourish.

These conversations lead you to understand and validate the concerns of the other party while building the case for your outcome. Once the other side feels validated and understood, you can steer them towards the reasons why your solution leads to the best outcome.

It should go without saying, but of course, you can change the negotiation outcome based on what you learn, but the key is that you’re able to do so by understanding the other person’s situation and interest.

I found these two books wildly helpful in my career, and I hope that by learning some of the main ideas, I’ve sparked your interest to learn even more!