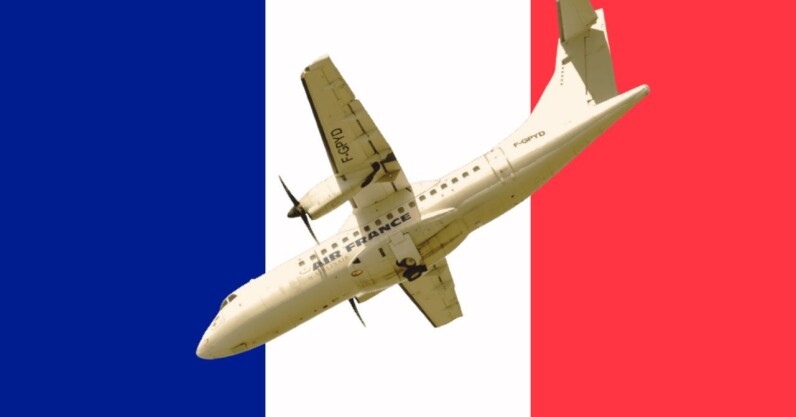 France has been given the green light to ban short-haul domestic flights. Specifically, between locations where there is a train alternative that takes less than 2.5 hours.

When the French government suggested the measure in 2021 as part of the country’s Climate Law, it was contested by the Union of French Airports (UAF) and the European branch of the Airports Council International (ACI Europe).

This led to an investigation by the European Commission, which gave the final approval on Friday — making France the first EU member state with a short-haul flight ban.

Initially, the measure will affect routes between Paris Orly airport and Nantes, Lyon, and Bordeaux. It will be valid for three years and then it’ll be reassessed by the Commission.

France’s flight ban is a significant step for Europe.

Unlike many parts of the world, Europe already has thousands of kilometers of dedicated high-speed railway, with the leading countries in this regard including France, Germany, Spain, Italy, the Netherlands, Belgium, Denmark, Sweden, Poland, and the UK.

This enables the continent to increase its railway use, as part of the EU’s Fit 55 plan to reduce transport’s CO2 emissions, part of which is reducing dependence on aviation.

According to the Community of European Railway (CER) rail transport is responsible for less than 1% of EU transport emissions thanks to its already high degree of efficiency and electrification.

What’s more, it’s also one of the most energy efficient modes, accounting for only 2% of the Union’s total energy consumption in transport, while carrying 13% of goods and 7% of passengers.

CER also estimates that a future trans-European network of high-speed rail (at 200km/h) would significantly cut travel times, further encouraging the passengers’ transition to this mode of transport.

For instance, passengers could travel between Amsterdam and Berlin in 3h 17m and between London and Brussels in 1h 56m.

A number of projects that are underway indicate that things are going to the right direction. Germany has proposed the revival of the Trans Europe Express, aiming to offer fast connections between it and other European countries by 2030.

The Czech Republic is also working together with the French railway industry to create new 350km/h lines that will reduce travel times between Prague, Brno, and Ostrava with Eastern Germany, Austria, Slovakia, and Poland.

In the meantime, the Dutch railway company NS has unveiled a faster 200km/h Intercity train that could cut 30 minutes off the Amsterdam to Brussels route from 2024 — which currently takes 2h 52m.

Hopefully, more countries will follow suit which will enable Europeans to opt for cleaner and more sustainable journeys without sacrificing time. If such a thing can be achieved, startups, businesses, and people across the continent will all benefit.